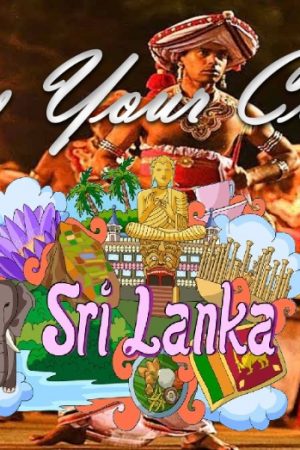 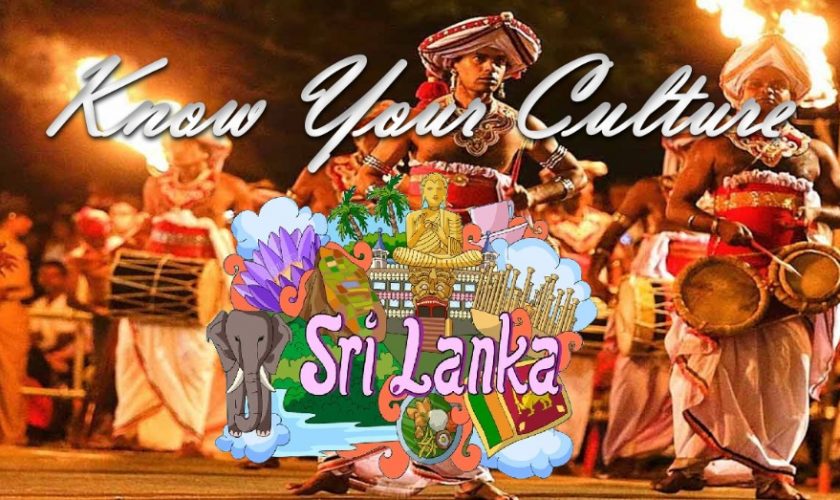 The Pearl of the Indian Ocean, the Paradise Island, the Teardrop of India. Whatever you like to
call this beautiful island, Sri Lanka holds pride in a very diverse culture. From its written history
dating back to three thousand years ago with the colonization of the Western World, to Sri
Lanka being a multi-ethnic, multi-religious country, it’s no surprise to see some of the world’s
most unique combinations of culture on this island.

Sri Lanka has got most of its culture from its neighbouring country India, with Sri Lanka’s written
history starting with King Vijaya embarking from India. This was the beginning of the influence of
North Indian cultures. With the introduction of Buddhism during the reign of King Dutugemunu,
the base of Sri Lankan culture was built.

Sri Lanka is not a country with just one ethnicity and has been influenced by various parts of
the world. The country has similar yet different cultures practised around the island. A few to
name would be, the Kandyan culture, Sabaragamuwa culture, Southern culture, Northern
culture and Western Culture. While these cultures have their similarities, they also have their
unique differences.

Sri Lanka is also a trilingual country with Sinhala, Tamil and English being the main languages.
Sinhala is a language unique to Sri Lanka. Yet, the present-day Sinhala has many words which
were influenced by the Portuguese, Dutch and English.
Sri Lanka has many cultural holidays. The “Sinhala and Tamil New Year” is the most popular
one of them and falls around the 14th of April. Also referred to as the festival of the Sun-God, it
celebrates the Sun travelling a full cycle around the star constellations, bringing a dawn of a
new year. This is the time of the year where Sri Lankans visit their hometowns, buy new clothes,
and shower each other with gifts. Spending time together with everyone in the family while
playing games and making “Avurudu treats” is something people of all ages enjoy doing during
the Avurudu holidays. It’s a very festive season and one of the longest and relaxing holidays in
Sri Lanka.

Next up is Vesak. The festival falls in the month of May and commemorates the birth,
enlightenment and passing away of Lord Buddha. By this time of the year, the streets are lit up
with spectacular decorations. Colourful pandols, lanterns and candle-lit buckets take up the
cities. Sri Lankans also give Dansal during this time, which is offering free food and drinks to
anyone who passes by.

Speaking of food, it is a must mention that Sri Lankans always give a good spin to food. A plate
of food in Sri Lanka is always colourful. Since the staple food of the country is rice, the country’s
main go-to food is rice and curry, where rice is served with vegetable curries, greens and fish or
meat, prepared with spices to add even more flavour to the dish.

The street food of Sri Lanka is
also famous. The youth’s favourite food known as Kottu, is made with a type of roti cut into
small pieces and mixed with eggs, vegetables, cheese and curry. This is a must-try for anyone
of all ages!

If you’re into a light meal Sri Lankans have got you covered there as well. Hoppers and string
hoppers made with rice flour, would make you a light yet satisfying breakfast or dinner in Sri
Lanka. Although the name suggests they might be the same, the techniques of making them
are different and so are they in taste.

For the sweet tooth’s out there, Sri Lankans also offers many teats to please you. Starting off
with a popular dessert, the Curd and Treacle combo is sweet and milky. Watalappan is another
dessert made with treacle, and loved by everyone.

Entertainment also holds a massive place in the culture. With the influence of the Dutch, Baila
was formed where the songs are very upbeat and energetic while the dancing could be anything
your body feels right. It always has a special place at any party or event and is always
mesmerizing to watch and dance.

We also hold pride in our traditional dancing. The most
famous is the Kandyan dance, where dancers dress up in red and white robes with traditional
drums being played in the background. It’s mostly seen at every perahera that takes place in the
country, but is most common in the months of July.

Sri Lanka also has dances influenced from
India called Bharatha Natyam dancing which is also a colourful dance, which tells a story
thorough the performance.
That is the culture of Sri Lanka. Hope you get a good understanding on Sri Lanka and the
people who make it a very rich and beautiful country.