In most families, the second child is usually the one who has to live behind the shadow of the first-born’s success, but in my family it was mutual. Even though I was the “smarter one” who always got better grades, I couldn’t help but notice how proud my parents and I myself were about how much my sister had achieved at such a young age. One such thing was that she was the president of the Gavel Club of her School and how much of a sharp speaker she was.

So, while participating on a club project called ‘Million Smiles’ our president announced of an opportunity for two members from our club to participate in a joint initiative by Rotary International and Toastmasters International, conducted in order to improve the public speaking and leadership skills of Rotaractors. At first it was not something I was very keen on. Even though I was eager to overcome my fear of public speaking, I was not ready to acknowledge it and work on it. But after mentioning it to my mother that night, and she and my sister both insisted that I participate in it.

Our first session commenced on the 2nd of January 2020 at Coco Space with the presence of 30 participants and 10 Toastmasters, with our co-ordinator Rtn. G.S. Sylvester. Our first huddle was an exemplary Toastmasters’ session conducted by the Distinguished Toastmasters. I remember my first Round Robin session so well, because me being the person I am, had a usual attack of stage fright and could not even speak for 20 seconds.

The session continued with a Keynote speech conducted by DTM Balraj Arunasalam about the 3*4 rule of public speaking, followed by a prepared speech demonstration and a table topic session for us speech crafters. We were evaluated by multiple role players including the General Evaluator, Evaluators, Timer, Grammarian and Ah-counter and received their constructive feedback.

At the end of the session our course coordinator DTM Tissa Dissanayake announced that from the following week the sessions would be conducted by the participants themselves and asked for volunteers to take up the different roles. I was thinking to myself that if I wanted to step out of the shell, that this is somewhere I could start. So, amidst the encouraging voices I raised my hands to become the ‘Toastmaster of the Day’ for the upcoming week.

After co-ordinating with DTM Tissa, I got the hang of the flow of proceedings and after a kind introduction by him on the second day, I took over the floor. At first, I was nervous but after seeing some kind faces from the audience smiling back at me, I felt more at ease and everything went smoothly.

The ten sessions covered numerous essential segments of public speaking and leadership skills through their keynote speeches. They included body language and vocal variety, persuasive speech, project management, team building, active listening and evaluate to motivate, how to add humour to your speech and Impromptu speaking.

At this occasion, Rtn. Balraj Arunasalam, Toastmasters International President 2017/18 answered three frequently asked questions about the pilot programme through his speech. Firstly, he explained the purpose of this programme as to attract and retain new members to Rotary. To the question of how we could benefit by this, he gave a precise answer which I quote, “It will empower fellow Rotarians to learn the art of effective communication, inspire the audiences with their public speaking skills and enhance their leadership skills”. The third and final question he answered was the necessity Rotary had to join with Toastmasters. He explained that Toastmasters members can give back leveraging communication and leadership skills by participating in leading Rotary Projects. DTM. Balraj concluded his speech expressing his privilege to have been a part of this pilot programme mentioning that it was the first of its kind, where Toastmasters and Rotary International partnered up for such a cause.

We were drawing towards the end of our speechcraft programme, and it was soon the day for the Grand Finale. It took place on the 5th of March 2020 at ICBT Campus. The occasion was graced with the presence of DTM Balraj Arunasalam and the Chief guest: District Governor 2019/20 of District 3220 Rtn. Karunakaran.  The usual Toastmasters procedures were conducted before the awards ceremony, in which Toastmaster of the day Rtr. Mishal Faizan took control and led the proceedings.

He introduced his General Evaluator Rtr. Yasasi Samarakoon who then spoke about her role for the day and introduced her team of Role-players- Ah counter: Rtr.Dhanuka Perera, Timer: Rtr. Ahamed Amar and the Grammarian: Rtr. Arosha Jayasundara. Rtn. Danya Udukumbure led the round robin session. After four prepared speeches by Rtr. Thaveesha, Rtr. Shanik, Rtr. Dilanka and Rtn. Rasini, the table topic session commenced conducted by Rtr. Nipun Alwis. Finally, after the speeches were evaluated and the reports by the role players were submitted, the meeting was adjourned by the president and the award ceremony began.

The emcees Rtr. Christina and Rtr. Arshad welcomed the gathering and introduced and invited Rotary Coordinator Rtn. Sylvester to welcome the dignitaries and speech crafters to the occasion.

Something I would remember forever happened that day during the speech of DTM Balraj. He mentioned about someone he noticed at the first gathering who couldn’t speak for 20 seconds in the round robin session, turning out to be someone having a free and uninterrupted flow of words rushing out of their mouth today. He said it was through this that he witnessed the success of this project. He said this all with a kind smile gazing towards me which made me realize that it was indeed me he was talking about. Even though this would have been a simple triumph to someone else, it meant so much to me. Being the insecure person I am, this made me realize how wrong I was to second guess what I am capable of.

Following DTM Balraj’s speech was the address by District Governor of District 3220; Rtn. Karunakaran. The awards ceremony was then conducted by the Course Coordinators DTM Tissa Dissanayake and DTM Rameshkumar Karuppiah where around 50 talented speech crafters were rewarded. After the vote of thanks given out by speech crafter Shadly Fernando, the pilot project conducted by Toastmasters International and Rotary International was successfully concluded while everybody mingled around enjoying the lovely refreshments. 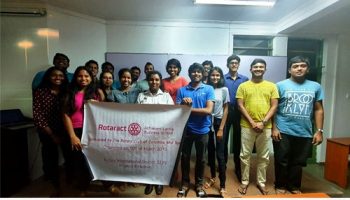 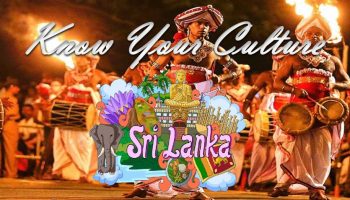 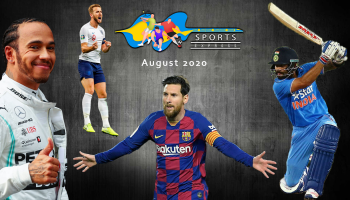 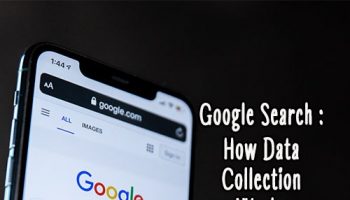 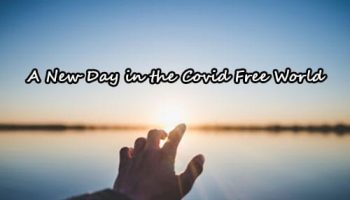 A New Day in the Covid Free World