With the widespread usage of social media, internet memes, commonly known as memes have become a day to day entertainment source in our digitally connected lifestyle. It’s not just limited to a funny image with texts at both the top and bottom.

By definition, a meme is an idea, a behavior or a style. Which spreads by means of imitation from one person to another within a culture, and often carries symbolic meaning representing a particular phenomenon or theme. For example, the entirety of Josh Fight (a mock fight and a fundraiser based on a viral meme in 2020/2021) is a meme, rather than the screenshot which gave rise to the event. Area 51 Raid, PewDiePie vs. T-series, “Press F to pay respect” are examples for such viral memes. Since these are popularized by means of the internet, they became ‘Internet Memes’.

The word ‘Meme’ was coined by Richard Dawkins in his 1976 book “The Selfish Gene” as an attempt to explain how ideas replicate, mutate and evolve (memetics). ‘Emoticons’ are one of the first resemblances of internet memes. 1337speak (leetspeak) is another one of the earliest memes that originated in the 1980s, where the letters were replaced with numbers and symbols. Memes first started appearing in the mid 90s. Initially memes were just short video clips that were shared between people in Usenet forums. With the inception of YouTube, video memes became more popular and viral. Memes such as “Rickrolling”, “Nyan Cat”, “Harlem Shake”, “Turn Down for What” are some of the video memes that went viral.

Using image macros as a meme originated in the early 2000s, which were shared in forums and imageboard websites. With the emergence of social media such as Twitter and Facebook, memes made with image macros and GIFs took over. Earliest memes had a very long lifespan compared to the ones nowadays. They lasted for years, even decades. (Rickrolling* is a very popular meme to this day, even after 15 years of existence). Demotivator, LOLCats, Advice Animals and Rage Comics are some of the earlier forms of memes developed in the 2000s.

There are various genres of memes. One of the most common types of memes are ‘Dank Memes’, viral memes that have lost their value either due to overuse or due to being based on passing trends. Memes based on passing trends are sometimes hard to understand without knowing the context and these memes tend to die quickly. As popular as dank memes, are the genres “me_irl” (me in real life), “meirl”, “2meirl4meirl” (too ‘me in real life’ for me in real life). These highlight the normality of an over exaggerated everyday situation or the inability to function in a very normal situation depicted ironically in a self-deprecating way, respectively in the ascending order of depressing nature. Another rising type of memes are “Hmmm” memes, which are self-explanatory ones that would make you go “hmmm”. “Meta Memes” belong to another genre which includes memes that talk about itself. Ironic and Absurdist memes, Nuked memes, Surreal Memes belong to a genre of memes based on ‘Gen Z humor’. Often these contain largely unrelated phrases with or without context, and the meme itself runs through an excessive number of filters (this process is known as Deep Frying). Another genre is “Cursed Memes”, which are based on dark humor. Other than the above, there are a variety of other subgenres.

Usually large amount of memes are originated on social media sites such as 4chan or Reddit. Variations are made and popularized on Reddit. Once stolen they are put on mainstream social media such as Instagram, Facebook and Twitter, and then they die. Often memes that circulate in Sri Lankan social media are dead memes created years ago.

A trend of famous YouTubers reviewing memes started few years back, with Meme Reviews, which was later adopted by world famous Swedish YouTuber PewDiePie and popularized. The Meme Review is often known to “kill the meme” since it basically explains the joke to a vast audience. Thereafter YouTubers started to review memes related to them on either their Subreddits or Facebook pages. Hence another subgenre of memes specifically created around a content creator started to emerge.

Recently memes have started being used as a promotional or a marketing strategy by different products, services and events. Especially by games and movies. This is a largely cost effective promotion method compared to others. The most common ways used are creating a meme or adapting into a trending meme, or sometimes being the meme itself. These happen to have varying success rates. Effective usage can increase sales and attention, while forced memes which are not funny or unoriginal might affect
negatively. Some memes might change the brand perception to the customers, as some memes are not understandable by the whole demography.

Although memes are a good source of laughter or whatever the emotions they mean to establish, sometimes there can be some negativity. Memes can be used to spread misinformation. This sometimes happen intentionally or otherwise mostly due to ignorance of the memers who just makes memes to get in the trend. The internet being the Wild West, any slightly controversial meme can spark a trend and result in spreading of misinformation. It becomes harder to identify due to the new trend of satirical and ironic meme genres. Some memes are simply impossible to identify whether it’s trolling or not. It is easier to say that it’s the job of the viewer to get what’s right or wrong, but the memer also has a responsibility. But in case it’s an ironic or satirical post, the more one makes the joke obvious, unfunnier
it becomes. Also some memes can be brutally racist, or highly offensive to a party (which can be commonly seen amongst some Sri Lankan memes). Often people call out the creators on these, but sometimes they get an easy pass if the audience has the same mindset or if the specific party offended
is outnumbered.

At the end of the day a vast majority are good memes, which give us a laugh or any other emotion they intend to give. 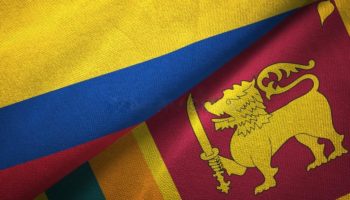