Colonialism, A thing of the past and yet not so much for those of us living in developing countries.

China, having emerged as a new economic powerhouse in the Orient, has taken many great steps to extend upon their economic success. The Belt and Road Initiative was the brainchild of this new emergence which estimates to be one of the largest infrastructure and investment projects in history, covering more than 68 countries, including 65% of the world’s population and 40% of the global GDP as of 2017.

This has lead to many assertions and allegations thrown around as to what’s the real deal behind this project. Many of these accusations have been made by China’s western counterparts who see this as a threat to the existing western-designed global financial institutions such as the IMF and the World Bank. However these raised concerned aren’t necessarily unfounded and what lies between the lines do need to be realized.

A tool of global political puppeteering? 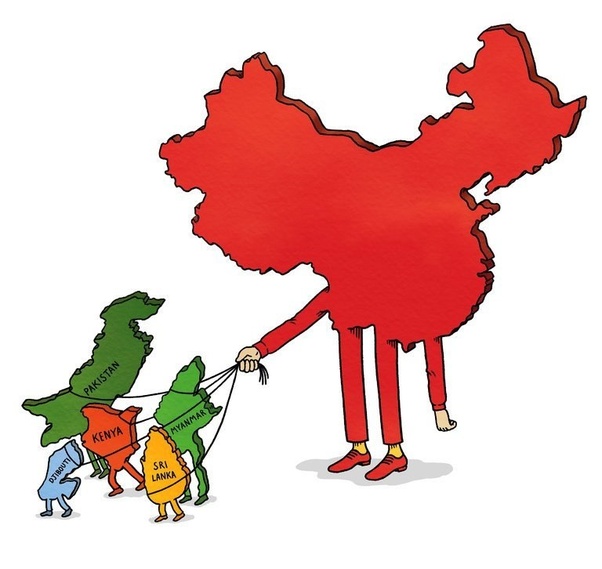 China isn’t exactly the first country that comes into mind when speaking of political meddling. Despite being a global power, China’s interference with foreign politics is minimum at most (Not counting Hong Kong nor Taiwan). Even in terms of military presence, China currently maintains only a single foreign military base located in Djibouti. China’s main purpose (as they claim it to be) is to improve global relations through economic cooperation and bring out joint economic prosperity for those within this belt. These infrastructure deals don’t seem to come with any sort of political strings attached (at least on paper). Thereby it is natural that many of these developing countries who have had to settle for many political concessions which may have to undergo many political concessions to get loans would seek out China in bail them out 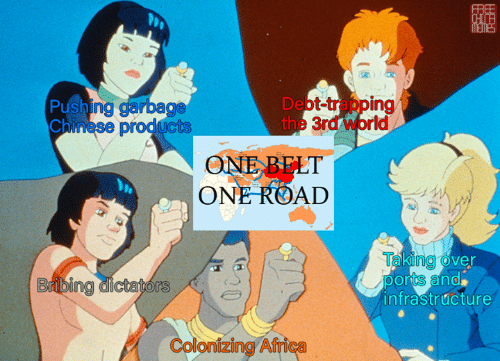 Sri Lanka has been the prime example taken by critics of the belt and road critics in proving its flaws. A harbor that ships are reluctant to come to and the prestige of constructing the world’s emptiest airport have created large doubts with regards to the sustainability of the Chinese projects. The lack of cash flow from these projects meant there was no way to settle the funds burrowed. This lead to the Sri Lankan government settling for a “99-year” lease of the port to  China Merchant Port Holdings Limited for $1.12 billion in 2017 where the Chinese state-controlled firm owned 85% stake. As doubtful as it remains, fears of Chinese militarization of this port alarmed India which prompted them to invest and take control over the airport to balance out any form of Chinese hegemony in the Indian Ocean.

Would this mean Hambantota will host WW3 before the Commonwealth games? Only time will tell. 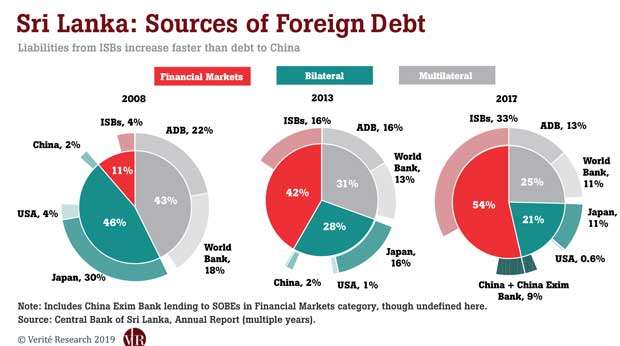 There is a certain side to this debt trapping that is over-inflated. Common myth many Sri Lankans believe is that our debt problem is mainly owed to the large proportions of loans taken from China. While acknowledging that we do have a critical debt problem, Chinese loans aren’t the real problem here. Chinese bilateral loans only amount to 9 – 15% of our external debt which happens to be mostly concessionary loans and they even have longer debt cycles ranging around 19 years while the majority of our external debt which is International Sovereign bonds only have cycles of about 7 years. In reality, Sri Lanka’s debt crisis is attributable to its persistent Balance of Payment issues and its inability to bring about productive returns in the infrastructure projects it undertakes.

The best deal in town? 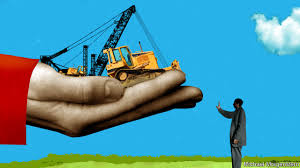 Through this project, China has spent billions of dollars investing in over 68 countries and by no means are there any assurances that all these projects will provide the expected returns. However, these projects play a pivotal role in bringing about the much needed infrastructural development in these developing countries which could potentially bring about the economic prosperity these countries yearn. Furthermore, these are countries placed as high risk by credit rating agencies thereby they face difficulties in gaining required funds to kickstart sustainable development programs. The Hambantota Port project, for example, has a greatly untapped economic potential. Given its close proximity to the East-West shipping route than the Colombo harbor, provides greater means of attracting ships as well. The port is further advantaged by the fact that there are approximately 3.5 square kilometers of vast land area, dedicated for port-related industries along with an additional 50 square kilometer industrial zone. This proves that perhaps the fault lies with government mismanagement or with the fact that it’s a little too early to expect returns from these ventures. Given the right management and time, these white elephants might just turn into pots of gold and truly make these deals worthwhile. 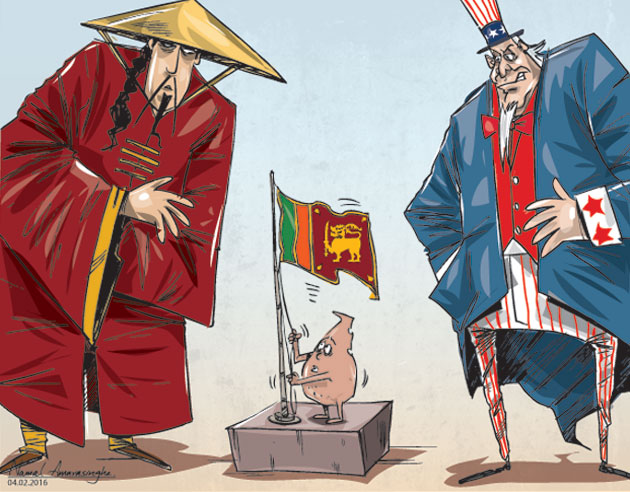 To conclude it is understood that beyond a reasonable doubt that China’s Belt and Road Initiative has greatly boosted China’s soft power in world politics. Perhaps the Road and Belt Initiative and its complementary Asia Infrastructure Investment Bank (AIIB) would act as a parallel economic system and would ensure that China brings about a new world order where Chinese political, economic and societal influences will dismantle and take over that of its western counterparts. China’s higher priority on noninterference with political matters of other countries and in the meant time its lesser commitment to adhering to human rights would perhaps be a welcome and an unwelcome change to the new world order we would see in the years to come. Is this a new age of neo-colonialism with a new colonialist or will it usher new dawn of development to the 3rd world? Only time will tell. 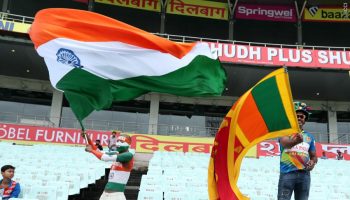 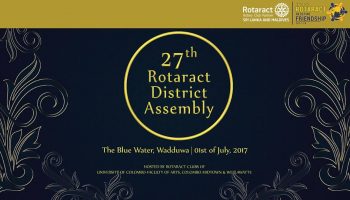 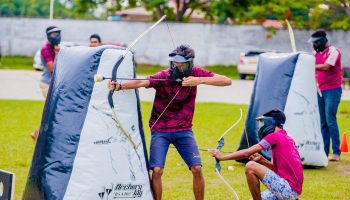 Sherwood Shootout: The Game of Tag 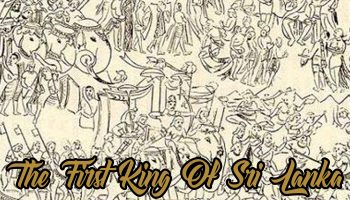